Also known as Mastopexy, a breast lift is a surgery that targets the raising and reshaping of sagging breasts through the removal of the excess skin around the area and repositioning of the nipple and remaining tissue. With this procedure, the negative effects of nursing, pregnancy, and force of gravity is reversed to reveal youthful-looking breasts. A mastopexy also enhances the firmness of the breasts and can reduce areola size. Together with a breast lift, breast implants may be inserted in order to increase the size and volume of the breasts.

How is a breast lift done?

Dr. Hall or Dr. Wrye will have a general assessment of the patient’s current breast size, shape, areola size, and extent of breast sagging. The variations in how a breast lift surgery will be performed are based on the needed length and number of incisions. The Crescent Lift, for instance, is characterized by a fine incision created at the upper edge of one’s areola. The Circle Lift, also called the Binelli, involves a circular line that traces the edges of the areola. In the case of a lollipop lift, an incision similar to that of the Circle Lift is made, plus a vertical line that runs from the areola bottom to the breast crease. This method results in a greater lift and is generally applied to women who have major skin excess and loss of breast tissue.

The most commonly used technique for breast lift is the Anchor-shaped Incision, also known as the Full Lift, wherein three incisions are created to form the shape of an anchor following the natural contour of one’s breast. The next incision is done vertically in the area between one’s nipple and the breast bottom. And finally, the third incision is placed on the area above the fold underneath the breast, along its underside. In the areas where the incisions create flaps, the excess skin will be removed, to be followed by the moving of the areola and nipple to a higher location on one’s breast. However, the chance of sensation loss in these areas is greatly reduced as the areola and nipple remain connected to the breast tissue underneath, with proper blood and nerve supply still intact.

Do I qualify for a breast lift?

Those that seek the professional enhancement brought by a breast lift surgery generally have one or more of the conditions, as enumerated: (1) apparent difference in the shape, firmness, and size of breasts, (2) nipples and areolas pointing downward, (3) no substance and firmness in the breasts, and (4) generally drooping breasts. The results of a breast lift last longer when it is done on smaller breasts compared to the surgery performed on heavy and large breasts.

How will the operation go?

Dr. Hall and Dr. Wrye will be performing the breast lift surgery in an outpatient facility or a fully-accredited surgery center. The breast lift surgery generally lasts between one to three hours under general anesthesia, allowing the patient to sleep through the surgical procedure. Local anesthesia may be alternatively used, in conjunction with an intravenous sedation. The patient, in this case, will be awake and may feel slight discomfort. During the surgery, drain tubes may be positioned to suction out any possible accumulation of fluids.

How will I recover?

After the operation, you will be wearing either a surgical bra over a layer of gauze dressings or an elastic bandage (ACE bandage). Expect bruising and swelling of your breasts for the first 72 hours following surgery. The first two to seven days following the operation may come with mild discomfort, but this should be addressed by the pain medication that you will be prescribed before the procedure. After 48 hours, your surgical bra or bandages can be removed and replaced with a softer support bra which you will be wearing for the next three to six weeks. By this time, dressings will be changed if needed and the doctors will remove any surgical drains. Normal activities generally resume among breast lift patients within two to three weeks after the surgery, but strenuous exercises and vigorous activities should still be avoided for about a month. For a successful post-operative recovery, diligently follow the complete recovery instructions that will be given to you by the nurse or medical assistant at your pre-operative appointment.

Are there any risks with having a breast lift?

Fortunately, risks associated with a breast lift are rare. However, as with any other surgery, there will always be risks and in the case of a breast lift, rare risks may include bleeding, reactions to anesthesia, infection, and very rarely, permanent loss of sensation in the nipple area. To avoid post-operative risks, make sure to follow the directions that Dr. Hall or Dr. Wrye discuss with you before and after your surgery. Normally, women who undergo a breast lift do not suffer from risks if the doctors’ instructions are carefully followed.

What is the effect of the breast lift?

Women who undergo breast lift surgeries report positive and satisfied reactions to how their surgery turned out. Their fuller and uplifted breasts generally boost their self-esteem and make them feel better about their overall appearance and demeanor. Your incisions may initially appear pink or lumpy, but they will eventually heal and ease back into thin, virtually invisible lines over time. These incisions are designed to be concealed under clothing, even low-cut necklines, so there is no worry about exposing them. Unless you experience massive weight gain or loss, the effects of your breast lift should remain constant for a long time. However, natural phenomena such as gravity, pregnancy, and aging will always have an effect on the sagging of ones breast, hence some women opt to have a secondary breast lift surgery years down the road in order to make the results last longer.

For the upper body lift surgery, it starts by removing the broad bra-line skin. Once the surgeon closes the incision made, he or she takes out the excess fat from the back and slim down the waist. The excess skin below the breasts or along the lower rib cage is then taken out. To finish the procedure, the skin below your breasts are tightened and remaining abdominal skin is sewed up on your lower rib cage.

For men, they can undergo male breast reduction as part of the upper body lift treatment. 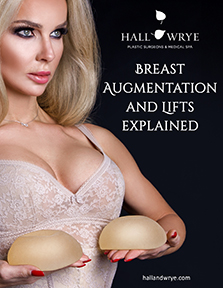